We are extremely proud of the work that our staff does in furthering the goals and the mandate of the organization. Each staff member is proud of his or her own Treaty story, and dedicated to helping Canadians find the information that they need to discover how they are all Treaty people. 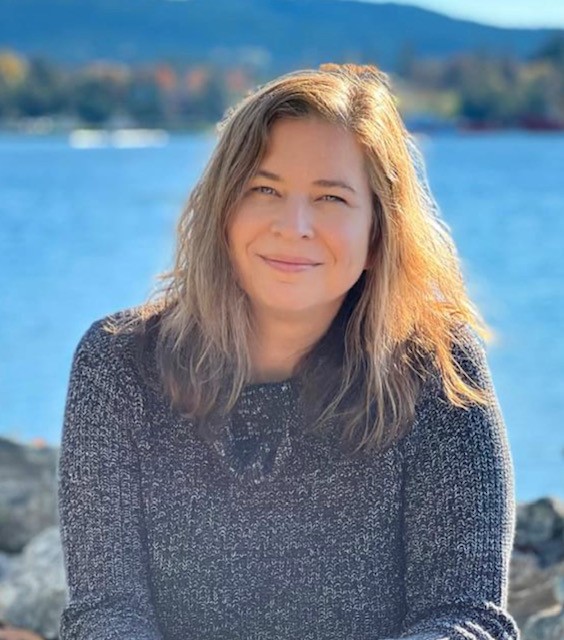 Monique was raised in Swan River, Manitoba and is a member of Sapotaweyak Cree Nation. Her educational background includes a Bachelor of Education (University of Toronto), a Bachelor of Arts and Master of Arts in literature (McGill) and law degrees in both the common law and civil law (McGill). She has a strong interest in Indigenous legal traditions and oral history. She has worked as a teacher, lawyer, and researcher for numerous First Nations communities and organizations. In her time off, she enjoys spending time outdoors through cycling, photography, and travel. 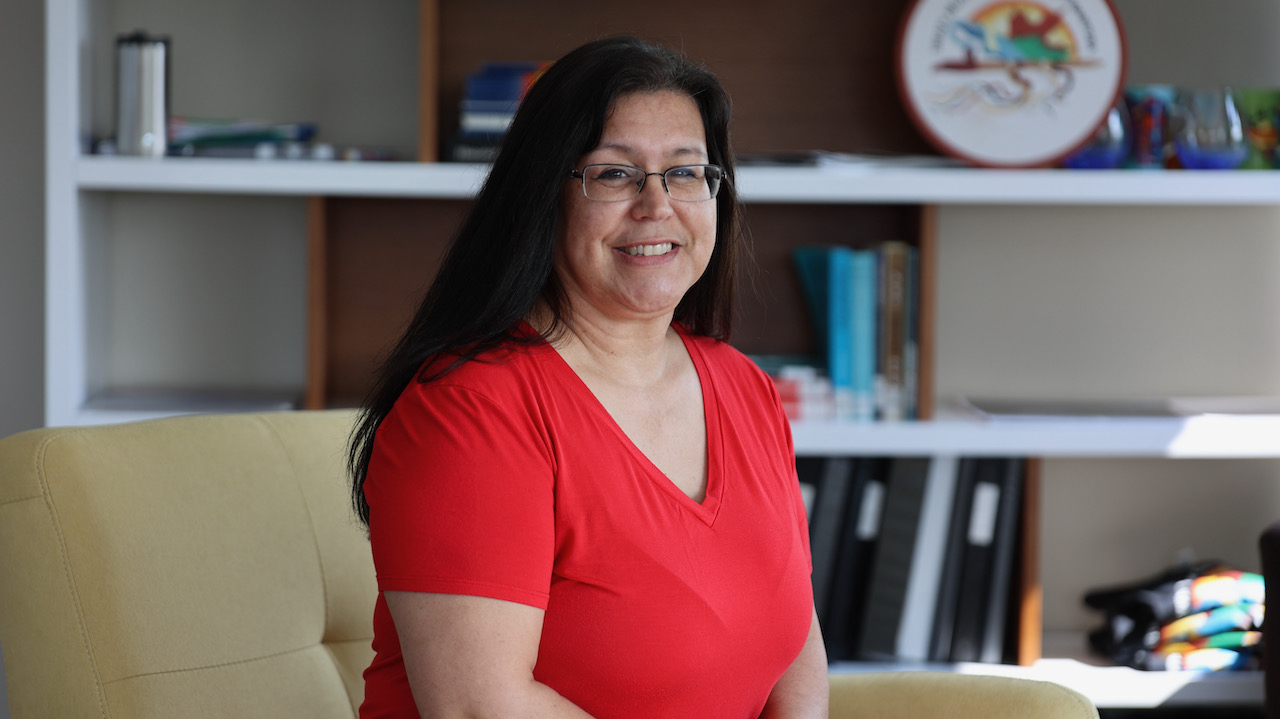 Angela McKay is from Tootinaowaziibeeng Treaty Reserve, Treaty No. 4. She has worked as an executive assistant for the past 27 years, in roles with the Assembly of Manitoba Chiefs including the Manitoba Framework Agreement Initiative, Special Projects and in the Grand Chiefs Office. She also worked with the Awasis Agency of Northern Manitoba and the Ma Mawi Wi Chi Itata Centre. Each organization provided her with unique opportunities to grow and develop skills in administration, policy matters and project management. In her spare time, Angela enjoys curling, softball and her newest hobby – sewing. 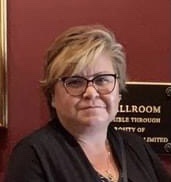 Amanda is the youngest of 12 children and grew up in a small Métis community of Manigotogan, Manitoba along the shores of Lake Winnipeg. Amanda graduated from Wanipigow School on the Hollow Water First Nation, where she is a band member. After graduation she moved to Winnipeg to attend the University of Manitoba, with hopes of becoming a teacher. However, life had other plans, and after completing year one, Amanda decided to take a year off to work and 30 years later, she is still working, now in the education field, most recently as the Education Manager at the Treaty Relations Commission of Manitoba (TRCM). Education has always been an important aspect of her life. After graduating from Business Administration at Red River College, she began completing courses toward an Aboriginal Governance Degree at the University of Winnipeg. While valuing her time spent at work with TRCM and working with teachers that attend the Treaty Education Initiative training sessions, she and her husband are proud parents of three young men. 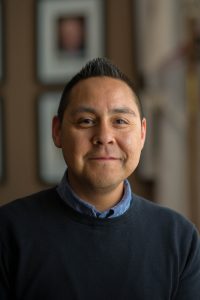 Jeremy was born and raised in Winnipeg and is an Ojibway member of Swan Lake First Nation and a Dineh member of The Navajo Nation of the United States. He studied Business Administration at Red River College in Winnipeg and graduated with a major in Marketing. Since graduating and throughout his career Jeremy has worked with First Nation leadership and community members along with different levels of government on various community economic development projects. He most recently went back to work for Red River College as an Indigenous Liaison Advisor where he assisted Indigenous Students from First Nation communities throughout Manitoba, Northwestern Ontario and Nunavut with preparation for post-secondary education. Now in the role as Speakers Bureau and Outreach Coordinator, Jeremy hopes to bring strength and longevity to an already prominent position within the Treaty Relations Commission of Manitoba. Along with his work experience and knowledge and with our Speakers Bureau Members, Jeremy will continue to provide that dialogue and information sharing to create an understanding about the historical and contemporary issues that relate to Treaties. 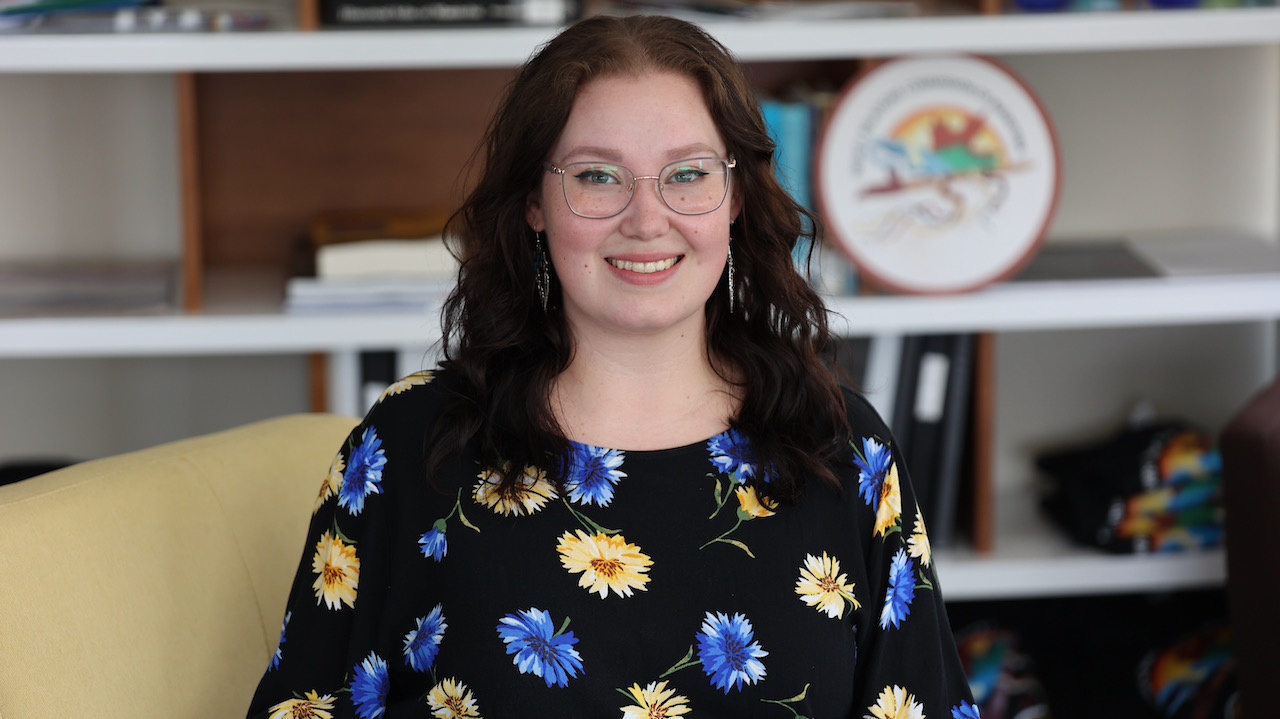 Brittany was raised in Selkirk, Manitoba and is a member of Fisher River Cree Nation. She attended Red River College Polytech in 2017 to complete the Administrative Assistant program. She has been with the Treaty Relations Commission since November 2018 and looks forward to a long career with them. Brittany enjoys her role at the TRCM, because she is able to gain new learning experiences and feels very honoured to work with TRCM’s Council of Elders.  In her spare time, she enjoys the outdoors, fishing, and spending time with her family/friends. 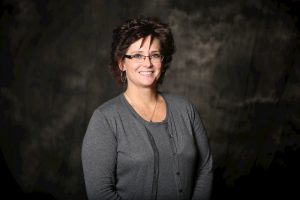 Connie grew up the small community of Mafeking at the north end of Manitoba’s Swan River Valley. She holds a Bachelor of Education with a double major in history and geography (University of Winnipeg) and a Master of Education in curriculum and instruction (Concordia University). Connie taught high school history and geography on the Opaskwayak Cree Nation for 22 years; leaving in 2014 to focus her time on pedagogical writing. She has been involved in the creation of student learning materials and curricula at the provincial, national, and international level, and has contributed to a number of textbooks, teacher support guides and school publications. Her articles have appeared in the Globe and Mail, Canada’s History, and Canadian Geographic magazine. Connie was awarded the 2014 Governor General’s Award for Excellence in Teaching Canadian History and in 2017 was recognized as the Manitoba Metis Federation’s Distinguished Leader in Education. She lives in the Carrot Valley, west of The Pas, with her husband and two daughters. 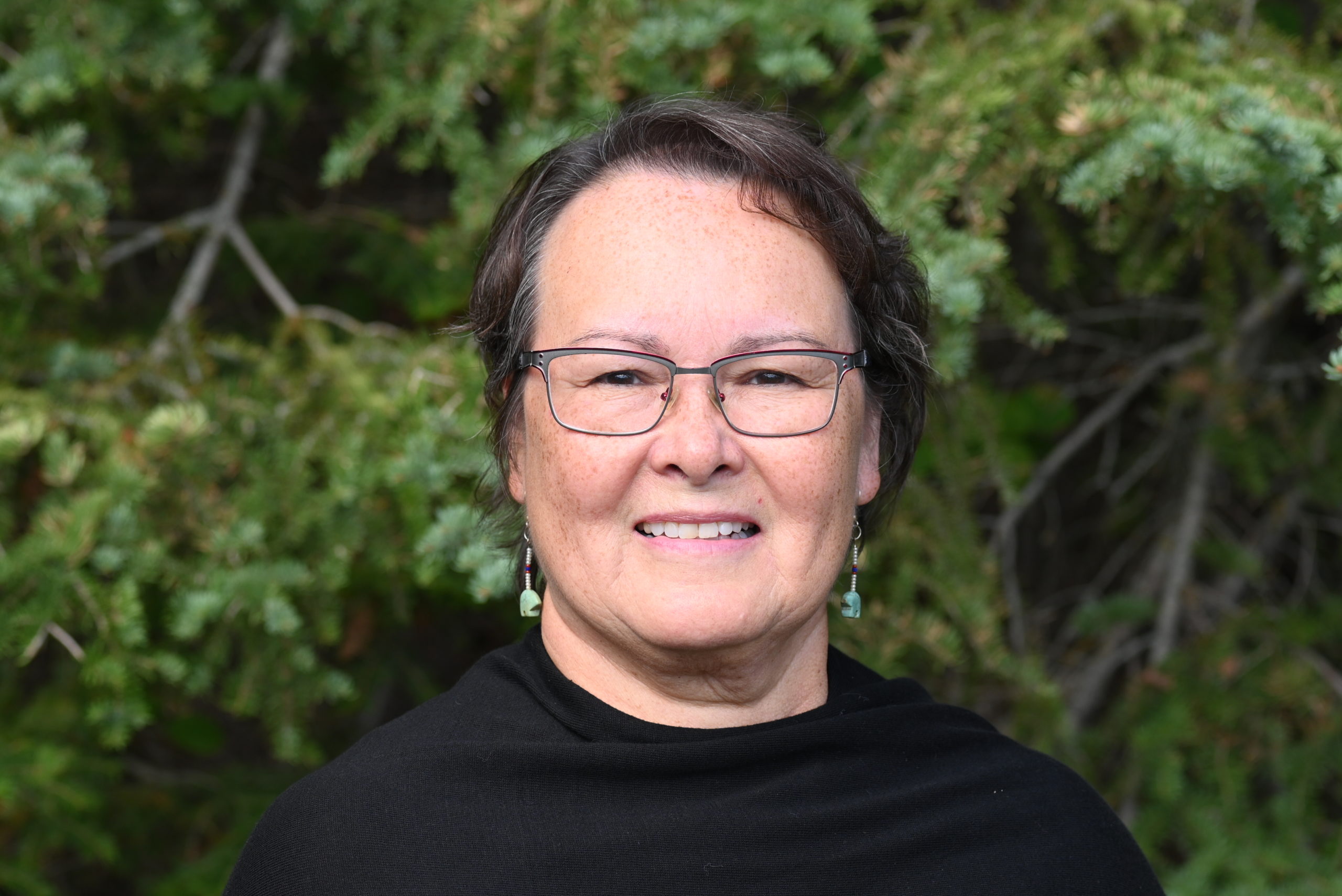 Cynthia Bird (Wabi Benais Mistatim Equay) of Peguis First Nation is a long time First Nations educator whose most recent work has been with the Treaty Relations Commission of Manitoba as the Lead and Advisor to the K-12 Treaty Education Initiative. In recognition of her accomplishments and contributions to education, she received the Aboriginal Circle of Educators’ Research and Curriculum Development Award (2011) and the TRCM’s Treaty Advocacy Award (2014). Mrs. Bird is most honoured to have worked with the Assembly of Manitoba Chiefs and Treaty Relations Commission of Manitoba’s Council of Elders since 2009 to the present, which has continued to influence and inform her work as an educator. Mrs. Bird’s career in education has included developing specific knowledge and skill sets in Treaty education curriculum development, research on urban homelessness impacting Indigenous peoples, program development and evaluation, policy and strategic development, as well as, a training facilitator. After having worked in various full-time positions for fifteen years, Mrs. Bird established her own consulting business in 1995 and continues to work both in Manitoba and Alberta. Her ongoing interests include advancing First Nations peoples’ education philosophy, worldview, methodologies, ways of knowing and being, that honours both the oral tradition and the written word. 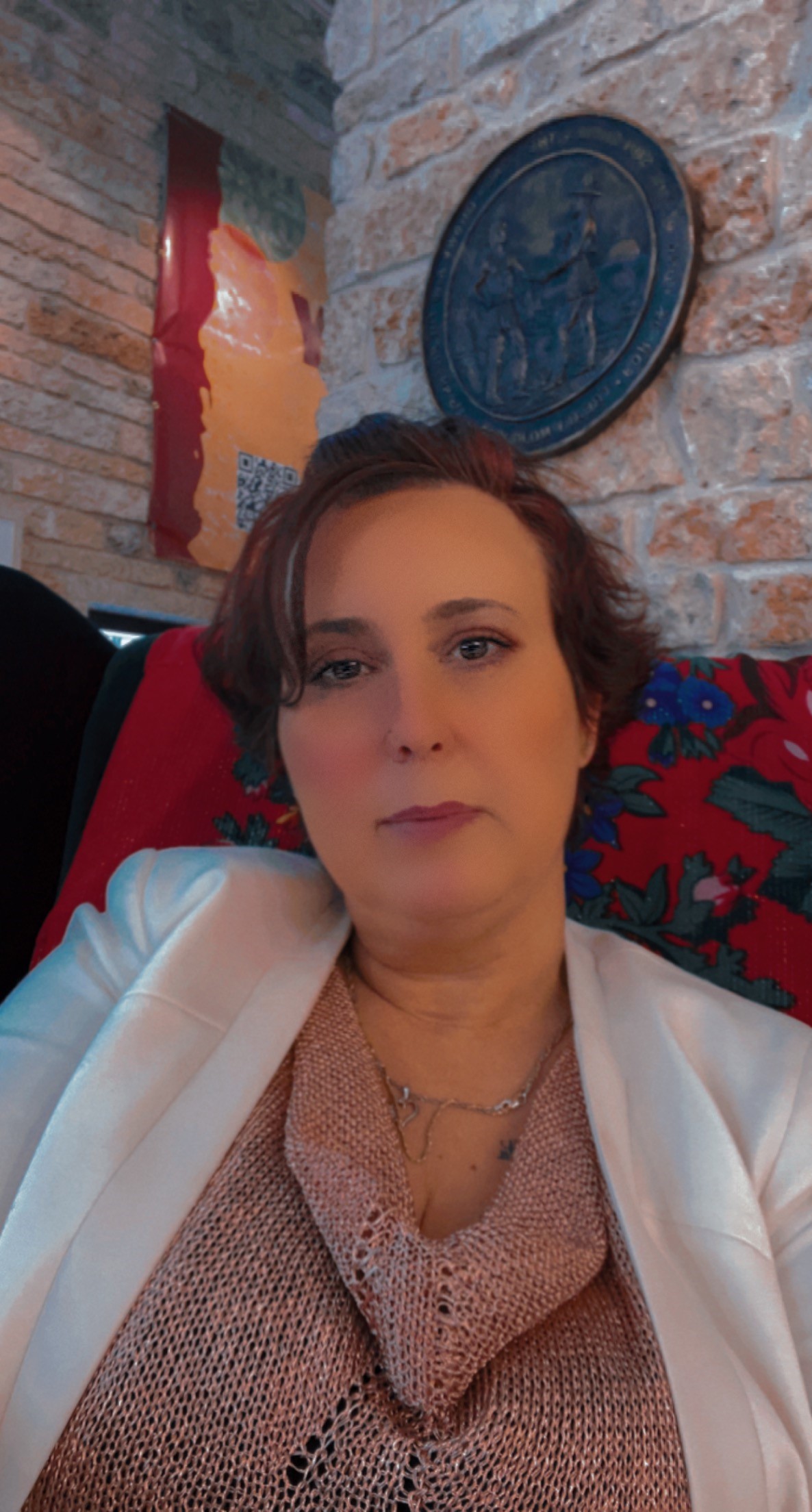 Tammy is a proud Métis woman raised in Winnipeg. She has worked in the administration field for 20 years. She attended University of Winnipeg, received her Career Coaching Certification.  For 13 years was with the Manitoba Métis Federation where she assisted people seeking employment and training to better engage in the workforce. Tammy moved to Gillam, Manitoba up in a northern community where she became a foster parent and joined Awasis Agency of Northern Manitoba as a Child & Family Service Worker. Each organization provided her with opportunities to grow and develop skills. Since coming back to Winnipeg she began working with the Treaty Relations Commission of Manitoba as their Administrative Assistant in February 2022. Tammy feels honoured to work and learn from the Council of Elders. And looks forward to being a part of a great group of people at TRCM. During her spare time, she is playing softball, doing crafts, or having family time with her children and grandchildren.